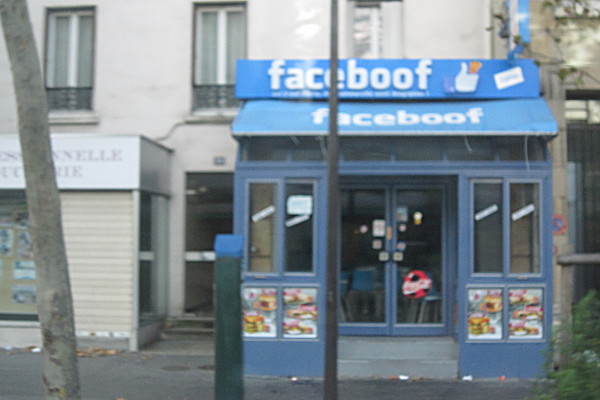 So, this isn’t the greatest shot in the world, but I won’t apologize, since I took it on a tram with my cell phone.

I’ve noticed this place for the last year or so when I’ve been taking the tram — I’ve never been by here on foot.

The name is obviously a play on Facebook, and I think it’s a restaurant, the ‘boof’ standing in for ‘bouffe’, which is sort of like ‘chow’ or ‘grub’ in French slang.

I’m not sure I would name my restaurant after an online play on words… (but I did blog about it…).