It seems Josephine Baker will be interred in the Pantheon!

P.S. I think they added the accent to the ‘e’ in her name here in France 😉 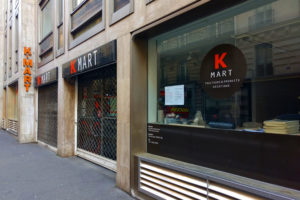 This doesn’t seem quite right to me…

WordReference tells me that the translation of the French word entrepreneur to English is “to undertake” (as in “to set about doing”).

So, to avoid confusing, foreign words, in English we should be calling an entrepreneur an “undertaker”.

When use Google to translate “They want to impeach the president.” from English to French, I get “Ils veulent destituer le président.” which sounds to me something like “They want to destitute the president.” But it is what the media are using for the Trump discussion. It sounded sort of funny to me (like they want to sue him and make him poor or something).

So I looked “destituer” up on Wordreference.  There is a connotation of “dismiss”; like they want to “dismiss” the president. But I thought it was funny that the first definition given is actually something like “depose”, as in what you would do with a dictator. I have to say that I think this changes the impression French people have about this process..