With the mid-term elections coming up, I’ve been trying to explain how the Senate works to people here. One of the things was trying to explain that the representation is not really proportional. With a list of senators and the populations of the states from the census I came up with this table:

For the Population, I went through the list of senators and for each got the population of the state, and for each senator I added half the state’s population to the corresponding party. I figured I’d find something like this, but I was a bit surprised by the size of the difference.

I was chosen to be part of a multi-year, government-sponsored health study. One of the questions is if I’ve smoked pot in the last year. I loved the parenthetical explications… 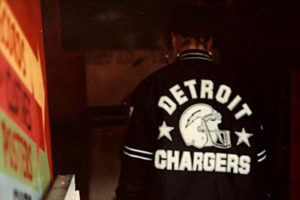 This was actually taken in London decades ago. But it was the first nonsense clothing that I’d ever seen, so it’s dear to my heart. Now I see things like this every week or so. I can’t figure out if they mix things up like this to avoid copyright laws, or because they’re just free-associating when they design them.

I honestly thought this was a joke when I saw it in a vending machine this week: 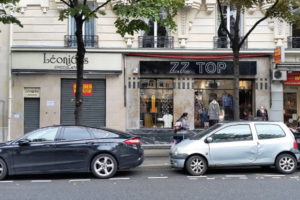 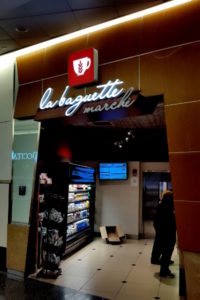 I was in Boston last week and saw this shop at Logan airport. Someone should tell ’em that they screwed up the accent… 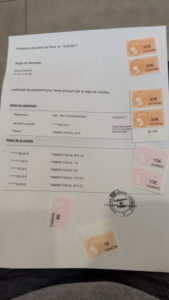 I got a quaint reminder of the 19th century this morning. I needed to renew my work card (titre de sejour — sort of my greencard).

But I’m not allowed to just pay for it. Non… I first had to go to another line so that I could use my credit card to buy two €90 revenue stamps, two €30 stamps, two €10 stamps, an €8 stamp and a €1 stamp. Then I went to another line and gave them to the lady as payment for my work card. She dumped them into an envelope and moved on.

What possible use can this quaint custom be these days? 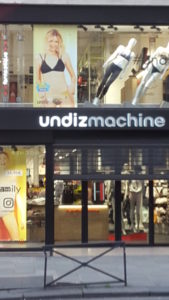 I have to admit that I was scandalized when I saw the poster in this shop window. Would this even be legal in the US? It would certainly be de-funded and have a wall built around it. Or get made into a cable series.

This one has bugged me for a while…

If you hear someone in France talking about the “vay-say”, which you would probably write as “VC”, it’s not the Viet Cong or the Victoria Cross or Venture Capital, or something like this.

It’s actually not even VC. It’s supposed to be “WC”, but apparently the “double” is too difficult to say. So instead of “dooble-vay say”, it becomes “vay say”. So it means WC. Which is actually English for Water Closet.

So, in France, via tortured evolution, one way to say toilet in French is “vay-say”.