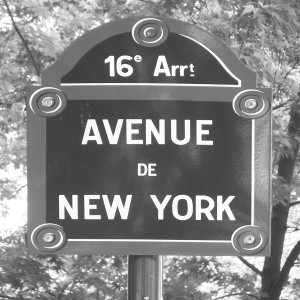 This street was renamed Avenue de New York in 1945. Ironically, since the name was changed in 1945; it was called Avenue de Tokio before this!1

Fulton tested an early steamboat on the Seine near here.

At one end is the Flame of Liberty.

At the other end is the Avenue du Président Kennedy.

And on a spiteful note: I have to say that I find it quite unfair that there is an Avenue de New York in Paris, but nothing for Los Angeles! Especially since this street was named to commemorate U.S. (i.e., all the U.S.) participation in the liberation of France in world war II. But this seems to be the case in a lot of places :-).